Paula Domínguez.– Malagueña of coino origin based in Barcelona since the age of 18, where she began her artistic career. Degree in higher musical studies in the flamenco modality by Taller de Musics (Barcelona).

Paula has collaborated on projects such as the “Cuban Sound Project” by Demetrio Muñiz, “Attitude” Maria Marta (Argentina), the Galician Symphony Orchestra along with the soprano María Bayo and under the direction of Victor Pablo Pérez, the Vallès Symphony Orchestra , the Municipal Bands of Barcelona and Santiago de Compostela, Santiago Auserón and the Original Jazz Orchestra of the Musics Workshop, “Like a Heart” by Alberto Manzano, Lenacay, Frank Diago, Patáx (Madrid) … And he has performed at national festivals and internationals from countries such as Greece, Korea, United Kingdom, Sweden, France, Lithuania, Brazil …

Recordings include the albums Ryma (SatéliteK) and Yerel (Kasbah), by Lenacay, which include compositions of his authorship, participation in “Like a Heart” (Sony Music) and Sonydo Urban (Sony Music) and also the from the album “Libertad” by the Arab Orchestra of Barcelona, ​​(Harmonía mundi), in addition to “Tot de mi” by Cris Juanito amb Original Jazz Orquestra Taller de Musics (Globa Music) and Songs by Santiago Auserón with the Original Jazz Orchestra de Taller of Musics (The sound track).

He has participated in TV competitions such as “Your face does not sound yet” and “The voice” (sixth edition, in Antena 3), and has appeared in programs such as El hormiguero and Zapeando.

In 2016, he launched a tutorial on YouTube called “How to flatter melodies” that so far brings together 35 videos. Paula teaches vocal technique since 2010 face-to-face and online.

Currently, he has two online courses available on his website www.pauladominguezmusic.com 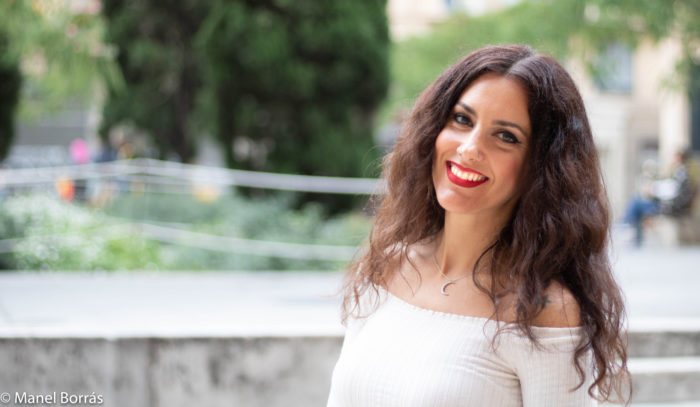